This post was co-authored by actor and filmmaker John Cusack and originally posted at the Huffington Post.

In February Chelsea Manning delivered a lengthy statement to the military court that would eventually sentence her to 35 years in prison for leaking classified military secrets to Wikileaks. In her statement she revealed that before approaching Wikileaks she tried to deliver her cache of documents to the Washington Post and the New York Times.

According to her statement, she spoke to someone at the Post, but was dissuaded by the reception she received. At the New York Times she first called the public editor and then tried a few other numbers, eventually leaving her Skype name in hopes someone would call back. No one did.

Whistleblowing has long played a critical role in government accountability but in an age of expanding government secrecy leaks are increasingly part of how journalism is done. New York Times journalist Declan Walsh has gone so far as so argue that leaks are “the unfiltered lifeblood of investigative journalism.” As such, it shouldn’t be this hard for a potential source to reach journalists.

Today, the Freedom of the Press Foundation is launching a major new initiative to ensure that any newsroom can create a simple and secure way for whistleblowers and sources to anonymously contact journalists. The project is called SecureDrop and it is built on the open source whistleblower submission system originally designed by the late Aaron Swartz.

The New Yorker was the first newsroom to implement the tool– which they call StrongBox – on their site. The Freedom of the Press Foundation has adopted the project from investigative journalist Kevin Poulsen, who managed it since its initial launch. “The goal in creating this system was to see it implemented in newsrooms far and wide,” Poulsen said. “Freedom of the Press Foundation is the perfect organization to do that.” 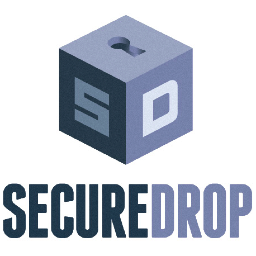 SecureDrop has undergone an extensive security audit, and we have strengthened and revised the underlying code. The Foundation has hired computer-security expert James Dolan and starting today it will be providing on-site installation and ongoing technical assistance to any news organizations that wants to run SecureDrop on their site.

Last week the Committee To Protect Journalists released a damning report on the Obama administration and press freedom. The report chronicles the impact of Obama administration’s war on leaks in chilling detail and illustrates the profound need to rethink how newsrooms work with their sources.

“I think we have a real problem,” New York Times national security reporter Scott Shane told the report’s author. “Most people are deterred by those leaks prosecutions. They’re scared to death. There’s a gray zone between classified and unclassified information, and most sources were in that gray zone. Sources are now afraid to enter that gray zone. It’s having a deterrent effect. If we consider aggressive press coverage of government activities being at the core of American democracy, this tips the balance heavily in favor of the government.”

The Obama administration’s leak investigations and prosecution, paired with the almost weekly revelations about expansive domestic surveillance by the NSA, have created a spike in interest in security and encryption amongst journalists. Some large newsrooms have begun to hire staff and train journalists but for many smaller newsrooms – not to mention indie and nonprofit journalists – that kind of investment is simply out of reach.

This new effort by the Freedom of the Press Foundation is meant to help journalists and newsrooms of all kinds get the help they need to make digital security part of their daily practice.

“A truly free press hinges on the ability of investigative journalists to build trust with their sources,” Freedom of the Press Foundation Executive Director Trevor Timm said. “The recent NSA revelations and record number of whistleblower prosecutions under the current administration have shown the grave challenges to this relationship and the lengths governments will go to undermine it.”

Before the war on leaks ramped up inside the Obama administration, the government waged an attack directly on Wikileaks. Members of Congress pressured credit card companies to stop processing donations to Wikileaks and urged Amazon to shut down the servers that housed Wikileaks files. The extra-legal financial blockade almost choked off Wikileaks. This was possible because there was one target, but if there were five similar leak sites, or ten or twenty, it becomes much more difficult to cut them off.

With the SecureDrop project the Freedom of the Press Foundation is beginning to build a new infrastructure for strong, secure investigative journalism.

This project strikes at the heart of why the Foundation was started, and why many of us joined the board. The Foundation “is dedicated to helping defend and support aggressive, public-interest journalism focused on exposing mismanagement, corruption, and law-breaking in government.”  When we launched our focus was on rethinking how people donate to nonprofit news sites, but increasingly we came to realize that our times demand new ways of supporting and expanding watchdog journalism.

We will continue to raise money for people and organizations on the front lines of transparency journalism, but we are also rolling up our sleeves to help newsrooms build capacity to protect their journalists and their sources.

Read more about the SecureDrop project: